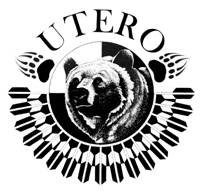 The purpose of the Ute Tribe Employment Rights office Ordinance is to promote the self-sufficiency of the Tribe, its members, families and addresses the employment needs of other Indian residents of the Uintah and Ouray Reservation.  This Ordinance provides guidance for assisting in the fair employment of Ute Tribal members and other Indians residing in the Uintah and Ouray Reservation.  The Ordinance also prevents discrimination against Ute Tribal members and/or Indians in the employment, promotion and training practices of those employers operating within the Uintah and Ouray Reservation. This Ordinance is separate and distinct from any other tribal employment programs administered for federal grants and/or contract programs. In carrying out these purposes, the Tribal Business Committee shall oversee employment activities according to this Ordinance. The Tribe exercises its authority to implement this Ordinance under its inherent sovereign powers as a federally recognized tribe, under authority of the Ute Tribal Constitution and under any powers specifically delegated by the U.S. Congress.